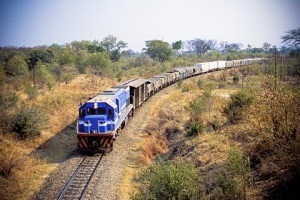 – At Fitch Solutions we expect continued progress towards ratification of the African Continental Free Trade Area (AfCFTA), potentially one of the world’s largest free-trade areas.

– The threshold for the trade area to come into effect—that is, ratification of the AfCFTA agreement by the parliaments of at least 22 countries—is likely to be reached in 2019.

– The AfCFTA will potentially cover more than 1.2bn people and more than USD4trn in combined consumer and business spending across the 55 states of the African Union, offering the potential of greatly increased intra-regional trade, and a more coherent negotiating position with other trading blocs.

– However, a number of regional governments will remain broadly protectionist in outlook, and political and logistical challenges mean that establishment of a fully functioning trade grouping is highly unlikely in the short to medium term.

We expect continued progress towards ratification of the AfCFTA agreement. As of mid-February, 19 Sub-Saharan states have either deposited the instruments of ratification with the African Union (AU) or have had the agreement ratified by their national parliaments. Those to have ratified so far include Kenya, Ghana, Rwanda, Niger, Chad, eSwatini, Guinea, Uganda, Cote d’Ivoire, Sierra Leone, Mali, Senegal, Namibia, Congo Brazzaville, Togo, Mauritania, Djibouti, Zambia and South Africa—a particularly important addition since it the region’s second-largest economy, and the largest, Nigeria, has yet to even sign the agreement.

The AfCFTA will come into operation once 22 signatories have ratified it—a threshold that the AU initially suggested would be reached in February 2019, with the official launch to be announced at its heads of state and government summit, held in Ethiopia on February 10-11. This target was missed, and the AU is now suggesting a formal launch in July. Delays beyond this point are possible, but it is likely that the threshold for the trade area in goods to come into operation will be reached in 2019.

If successfully implemented, the AfCFTA—probably the most significant free-trade agreement since the establishment of the World Trade Organisation (WTO) in 1995—will span a market with a total population of more than 1.2bn people and a combined GDP of more than USD3.4trn. The market is projected to include 1.7bn people with more than USD6.7trn of cumulative consumer and business spending by 2030.

The objectives of the AfCFTA include:

– The creation of a single continental market for goods and subsequently services, with free movement of business people and investment flows, thus facilitating the establishment of a Continental Customs Union and African customs union.

– Moves to harmonise and coordinate trade liberalisation and facilitation regimes and instruments across the continent’s existing (overlapping) regional economic communities (RECs). This forms part of broader AU targets to increase trade between African states by 52.0% over the decade to January 2022.

– Utilising opportunities for scale production, improved market access and better reallocation of resources, so boosting the competitiveness of African industries and corporates, and promoting economic diversification at a national level.

Intra-African Trade Remains Below That Of Other Regions

There is substantial scope for an increase in intra-African trade levels. Data from the AU suggests that intra-African trade accounts for only around 15.0% of total African trade (in volume terms), as against figures of some 59.0% in Europe, 51.0% in Asia, 37.0% in North America and around 20.0% in Latin America. According to the UN Economic Commission for Africa (ECA), a regional free trade area could boost intra-African trade by 52.3% between 2010 and 2022, relative to a baseline without it. Additional measures such as greater efforts to address non-tariff barriers could lead to a further doubling of intra-African trade, according to the ECA, potentially taking total such trade to more than USD34bn by 2022.

The ECA also suggests that industrial products will be the largest beneficiary of a regional free-trade area. There are certainly clear potential benefits for manufacturers, since the AfCFTA should ease the process of importing raw materials from other African countries, while enabling firms to establish assembly operations in other African states, so as to access cheaper means of production. Moreover, if achieved, liberalisation of investment (due to be discussed in a second phase of negotiations) should facilitate greater linkages with multinationals in technology transfer and the development of raw materials.

This has the potential to help Sub-Saharan states diversify their export baskets and, over the longer term, foster broader-based economic growth. Notwithstanding long-standing efforts by many Sub-Saharan governments to diversify away from oil and minerals, mineral fuel and related products alone accounted for almost 40.0% of African exports in 2017. Such dependence leaves Sub-Saharan states highly exposed to commodity price volatility. In Angola, for example—where oil accounts for more than 95.0% of exports—the decline in international prices shifted the current account balance from a surplus averaging 5.4% of GDP between 2008 and 2013 to a deficit as deep as 8.9% in 2015. Oil exporters such as Nigeria and Gabon have also experienced a marked negative impact on their external and fiscal balances.

The development of manufacturing and other industrial sectors could help such states develop a more balanced trade portfolio, and have a broader positive economic impact, not least because manufacturing—which currently represents only around 10% of total GDP in Africa on average—would likely boost creation of more highly skilled jobs.  Broadly, industry accounts for between one-quarter and one-third of job creation in most regions, but is much lower in SSA, at around 11.3%. This average masks substantial variations. In Angola and Ethiopia, for example, the World Bank calculates that less than 10.0% of the workforce is employed in industry, while the figure is only around 5% in Mozambique and Côte d’Ivoire. Even in larger economies such as Kenya and Nigeria, the figure is only around 12.0-15.0%, although South Africa (23.4%) and Mauritius (25.7%) are closer to the global norm.

SSA – Employment In Industry As % Of Total Employment

An FTA Will Face Substantial Political And Logistical Challenges

These are very much long-term possibilities, however, since there are a number of challenges to the establishment of a fully functioning trade grouping. One challenge will be securing genuine and broad-based political buy-in for the AfCFTA given concerns about differing stages of development among Africa’s heterogeneous economies. The AfCFTA has the greatest levels of income disparity of any continental free trade agreement, according to the World Economic Forum—more than double the levels witnessed in blocs such as ASEAN and CARICOM. Many smaller states have concerns about increased competitive pressure from larger players. In the agriculture sector—which plays a key role in many Sub-Saharan states, particularly in employment terms—smaller, family-run farms would likely struggle against competition from larger agri-businesses in countries such as South Africa, Kenya and even Ethiopia. However, there are concerns even among the continent’s major players: while 51 African states have signed the free-trade agreement, Nigeria—the continent’s largest economy—has not. Nigerian President Muhammadu Buhari has expressed concern that Nigeria would become “a dumping ground for finished goods”, and while key opposition Atiku Abubakar has pledged to sign the deal should he win February 2019 presidential elections, ratification would likely be a much more complicated process given opposition from unions and other vested interests. Moreover, many regional governments adhere to a broadly protectionist mind-set, with most favoured nation rates being applied at much higher rates than in the EU or US. The World Trade Organisation estimates, for example, estimates the average MFN rate at 12.8% in Kenya and 12.2% in Ghana, as against 3.5% in the US. Non-tariff barriers are an additional form of protectionism in many states.

Above all, a fully functioning free trade area will require substantially improved transport and communication infrastructure. Weak road, rail and port interconnectivity have long contributed to notably higher time and costs in moving goods throughout the region. This is reflected in the region’s low score in the Logistics sub-component of our Operational Risk Index, which at an average of 33.3 out of 100 is well below even the emerging-market average of 45.5 (see ‘Implementation Challenges Will Undercut Benefits Of The AfCFTA’, April 18 2018). While we have seen significant investment into infrastructure development in recent years—with notable projects including the Maputo Development Corridor (linking South Africa to Mozambique) and the Lamu Port–South Sudan–Ethiopia Transport Corridor, which connects Kenya, Ethiopia and South Sudan—progress in closing gaps has been uneven. Other substantial transport schemes will be necessary in order to facilitate the increase in intra-African trade, but with the cost of addressing the region’s infrastructure deficit at more than USD90bn annually according to the ECA, continued high dependency on an increasingly strained public sector to finance the major projects will temper gains.

Overall, AfCFTA looks set to offer early benefits for SSA’s more diversified economies, which will be able to secure a large continental market for their manufactured products. Over the longer term the benefits could potentially be more broadly based, but success will require a high level of cooperation among multiple national and regional actors with heterogeneous trade interests, and incompatible supply/demand dynamics. In this context, the AU’s target of establishing one of the world’s largest free-trade areas in 2019 looks overly ambitious. 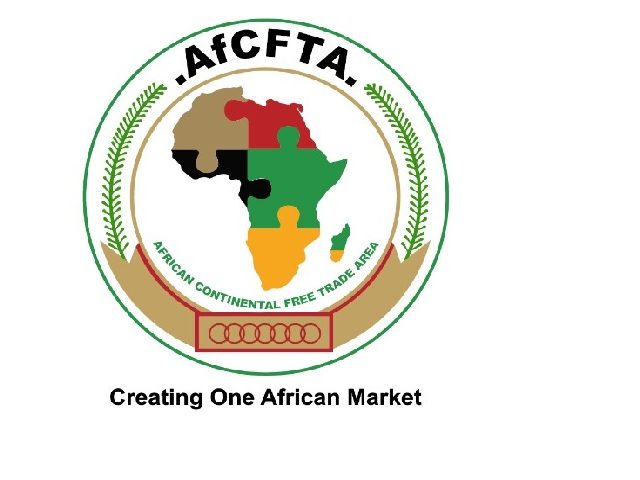 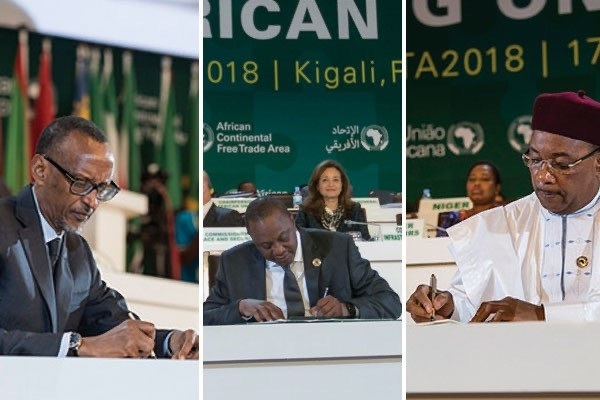 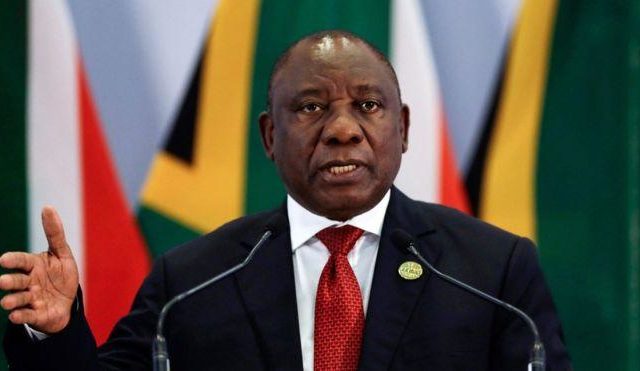 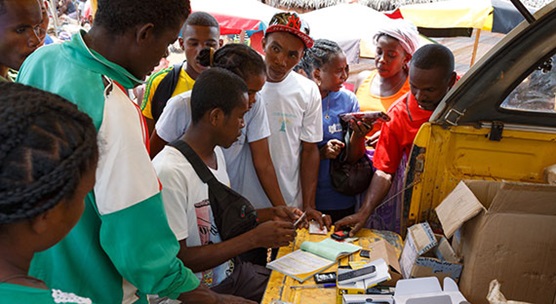 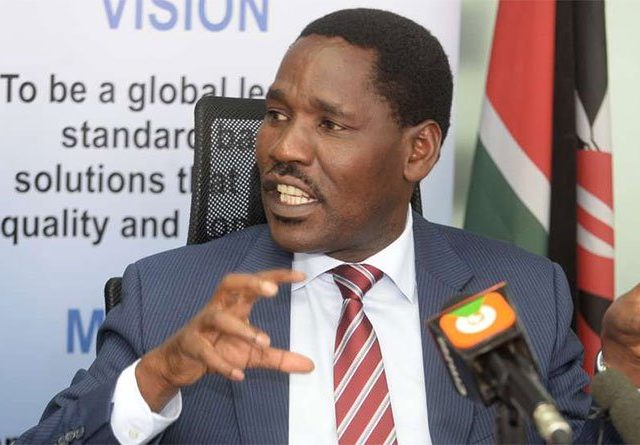 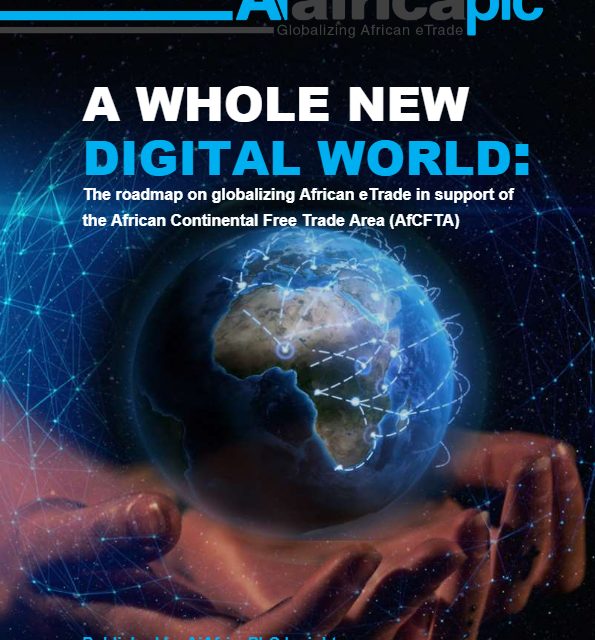